Therapeutic Speech Massage (TSM) was developed by Dr. Elena Dyakova in 2003 for use in speech therapy. TSM aimed at the normalization of function in oral-facial and speech muscles while enhancing their work. Over the past 10 years, this method has proven its effectiveness and is widely used by Russian and European Speech Therapists as part of their speech therapy programs. Beginning in 2014, TSM was included in mandatory educational programs for students receiving a bachelor’s degree in Speech-Language Pathology in Russia.

TSM is an active method of intervention that alters the condition of the muscles, nerves, blood vessels, and tissues in the oral and facial areas. It is a technique that normalizes many components of speech: breath support, vocalization, articulation, as well as swallowing, sucking, chewing, and the emotional state of individuals suffering from speech impediment or myofunctional dysfunction. The main focus of TSM regarding Myofunctional Therapy is for those with open-mouth posture; narrow hard palate; “tongue trust;” tongue tie; swallowing, sucking and chewing problems; as well as articulation disorders.

TSM is used in speech therapy practice with people who have been diagnosed with speech disorders such as oral-motor problems, dysarthria, apraxia, cleft palate, voice disorders, and stuttering. TSM is also used for the prevention of speech and myofunctional disturbances among infants and toddlers who have different kinds of the problems (e.g., congenital problems) with swallowing, sucking, chewing.

Oral-facial muscles (i.e., lips, cheeks, tongue, jaw, and the mimic muscles of the face) as well as the muscles of the neck and respiration all combine to constitute a unified muscle system. TSM covers all the areas mentioned above even when muscle anomalies are diagnosed for a seemingly unconnected local area.

The theoretical foundations of TSM depend upon recognizing the interactions and relationships between the muscles of the face, head, neck, and shoulders. Physical therapists seldom limit their work to the specific muscles which have been traumatized or are nonfunctioning. They usually begin their treatment on the periphery of the target area and slowly work through a series of connected muscles, thus preparing the traumatized tissue to be more receptive to direct massage. This step-by-step approach is the defining characteristic of TSM.

The theoretical underpinnings for the use of TSM were provided in the works of the following Russian speech-language pathologists: M. B. Yeydinova, O. V. Pravdina, K.A. Semenova, and S. A. Bortfeld in the 1970s. There is now a great deal of research which demonstrates why this approach works. Numerous investigations have shown the elasticity of muscle filaments, volume, strength, and contractive function, as well as the capacity of the muscles for work all increase under the influence of massage. In addition, observation and study of the dynamics of biopotentials on myograms have shown that there is a reduction of tone in spastic muscles and a corresponding increase of tone in flaccid muscles after massage. All of this research indicates that treating the primary speech muscles as part of larger muscle groups should increase the ability of these muscles to benefit from the standard therapies used by speech therapists throughout the world. It is this research which provides the theoretical basis of TSM.

Basic Goal of TSM: Improve the quality of life in individuals with speech and myofunctional problems through the use of TSM (Dyakova, 2013). Below are some photos demonstrating a few TSM techniques to attain this goal. 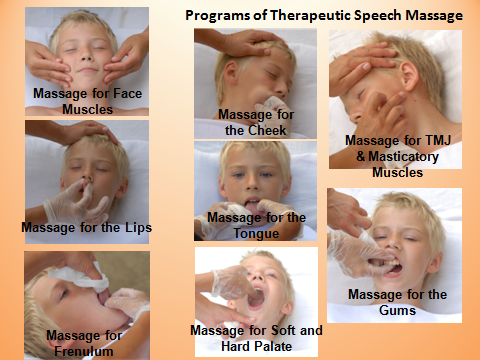 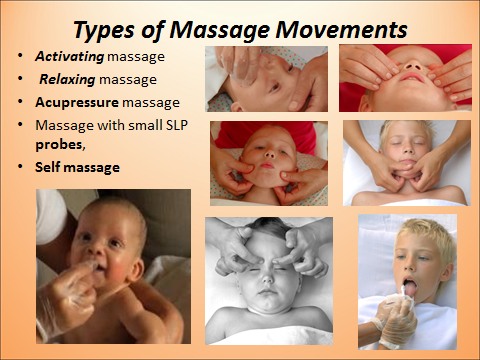 Oral-Motor Tests carried out before and after several sessions of TSM shown in photos of children with Dysarthria and muscle dysfunction: 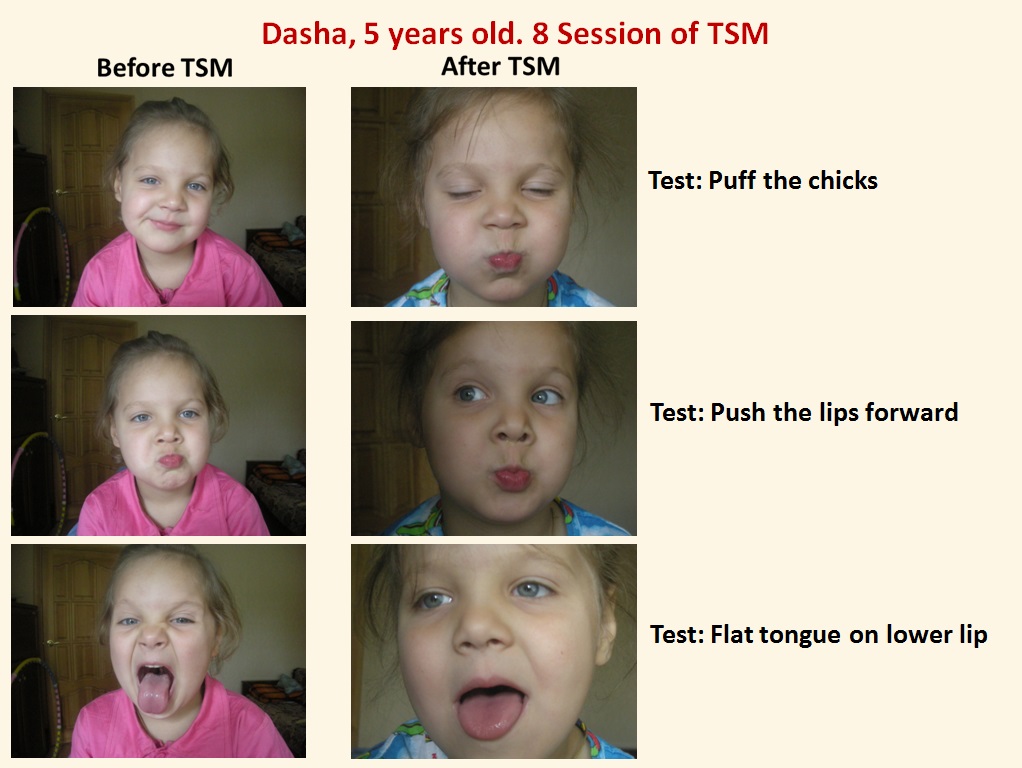 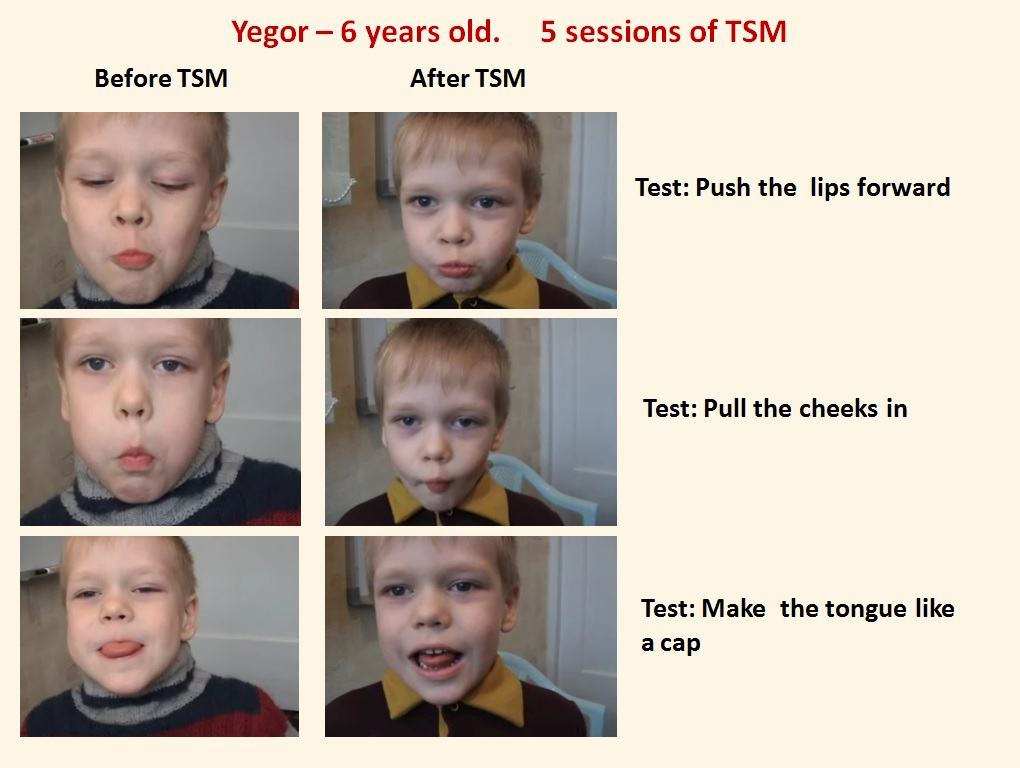 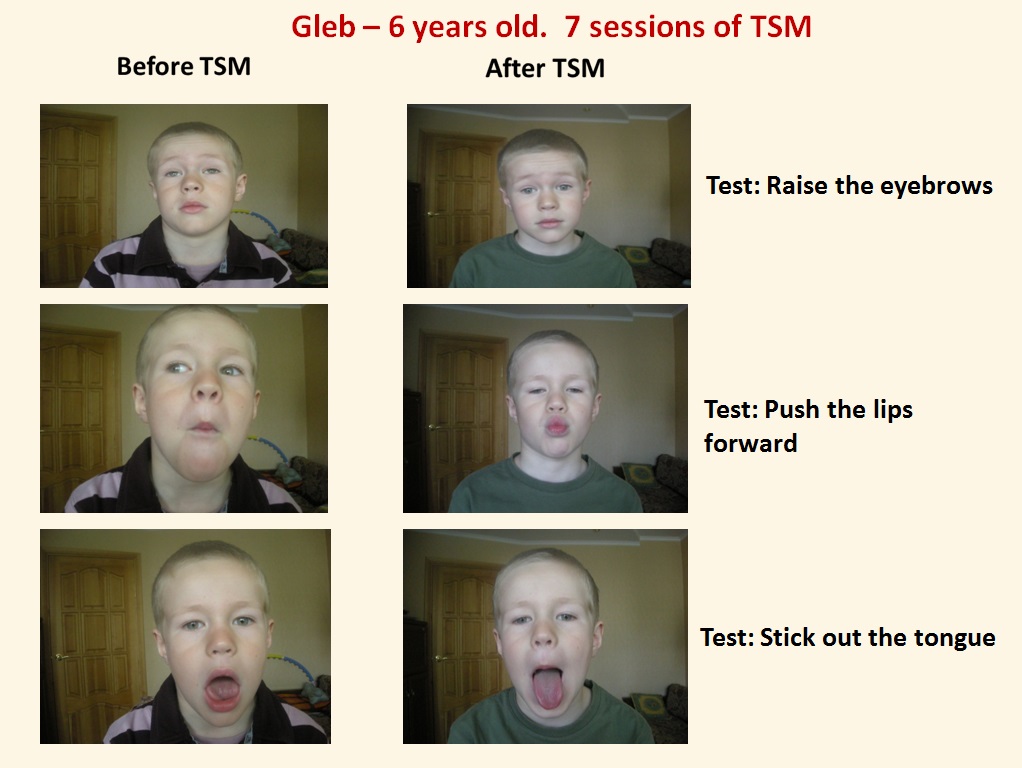 Thebook THERAPEUTIC SPEECH MASSAGE
by Dr. Elena A. Dyakova
is available in English at Amazon. 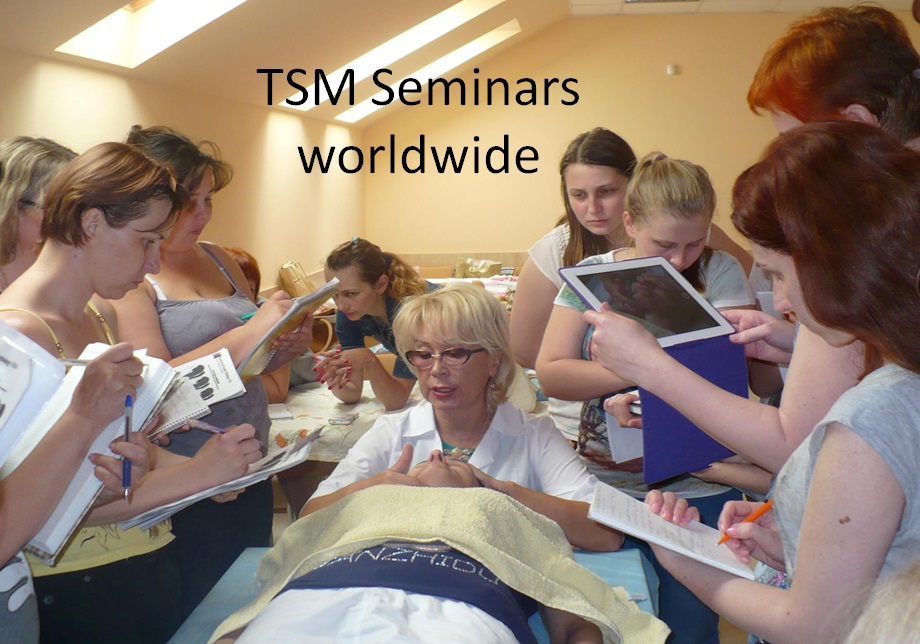 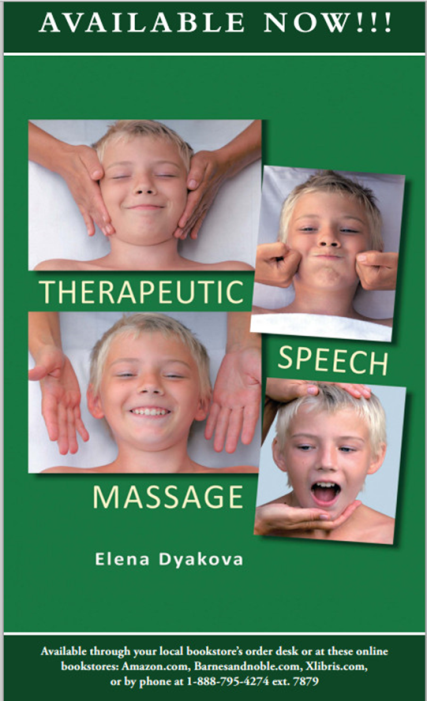